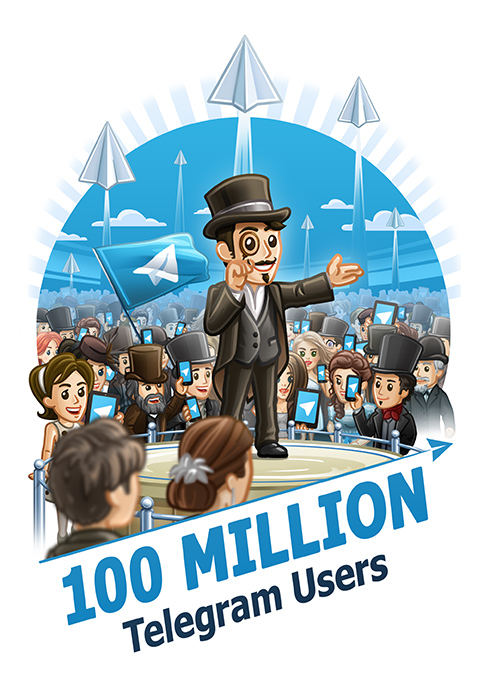 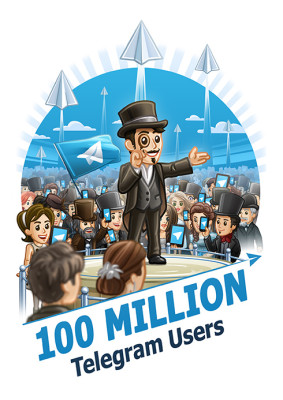 Telegram is very young, close to 3 years old and has experienced a really good run. Back in March, the platform had 35 million users which was less than 10% of WhatsApp’s count in 2014. This number grew to 62 million active users who were sending 12 billion messages a day back in September last year.

Now Telegram has announced three new milestones of their platform. In two and a half years, the platform has grown to 100 million active users which is thanks to the huge number of people signing up for the chatting app each day (350,000 daily). In addition, the number of messages being sent on the app have gone up from the 12 billion a day figure posted last year to 15 billion posted daily.

Telegram’s CEO Pavel Durov was quoted by VentureBeat when he was delivering his keynote at the ongoing MWC event in Barcelona: “We’re extremely proud and happy that all this growth is 100 percent organic-we had zero marketing budget.”

We have a lot to expect from Telegram Messenger judging from the sleuth of updates they have made on their platform. This includes fast loading GIFs and the massive update it received recently on groups, voice messages, secret chats, photo editing and on iOS users. Judging by their current growth of over 10.5 million users monthly, the 200 million milestone is only in a couple of months.

Telegram for Desktop Found To be ‘Leaking’ IP addresses During Calls