Telegram is one company that keeps on pushing new updates on its apps and their momentum is very commendable. The new features that they have announced today will please its iOS users and it involves taking photos and use of 3D touch.

On their blog, the company took time to announce Instant Camera, a way for iOS Telegram users to take photos with the messaging app. In photography, speed is key if you want to capture a moment and that is why the company wants people to access the camera by tapping and holding the attachment button to take a quick photo.

The default setting for this feature has the flash turned on so you might have to change that before the flash routs you out.  This update will also allow you to record videos where you only need to tap and hold the record button and the videos will be saved in full HD.

The second feature is idiosyncratic with the newer iPhones, which is 3D touch. In the new update, you will be able to use 3D touch to preview photos, videos, profile pictures, attachment menus, message history and also the share media section. 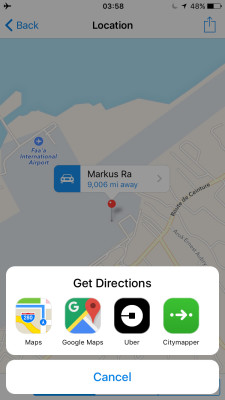 They have also fixed an issue with files where now you can open files you get in other apps and this is useful since Telegram encourages people to share files upto 1.5GB which is way better than the likes of WhatsApp (16MB only).

Telegram also promises new features in another release and actually promises that this will not be limited to iOS like this particular one but will be available to all platforms.

iMessage Reactions Will Show Up as Emojis on Google Messages

iOS 15.4 To Support Face ID While Wearing a Mask